The project was to design the Headquarter for Dileep Industries. From the onset of the project we knew that this would be a project that would be close to our hearts. The Headquarter sits in a 6 Acre land surrounded by natural landscape and we knew whatever we build should only compliment the site. It was one of the rare cases where one know what we do not want more than what we want. The client had a simple brief that the set up should resonate the ideas of the brand.

We started by understanding the complete line of products produced by the company and we reached a consensus that we need to make use of the products produced by the company itself. The project was planned in such a way that the different activities would be segregated by court yards of different characters. Principally there are four courts namely the reception, the circulation court which is the main connector, A family court. Since the company is a family business most of the critical positions are occupied by members of the family and the court is a space for their gathering and is exclusive for them. The Buyer’s court was developed in a manner that the space would not only serve as an oasis but it would double up as an extension to the display.

Since the product line largely comprises of natural materials we opted for using natural and honest materials such as brick metal and natural tiles. For the same we procured customized bricks which complement and accentuate the experience of the volumes created. For remaining parts materials were scavenged from discontinued and discarded inventories from the past.

Over the years we have learnt that the first step towards sustainability is consuming what is made before making something new. 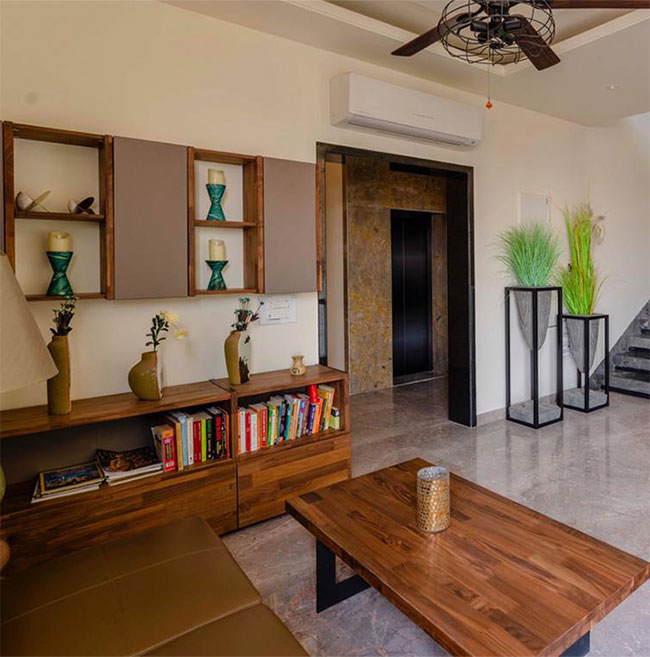 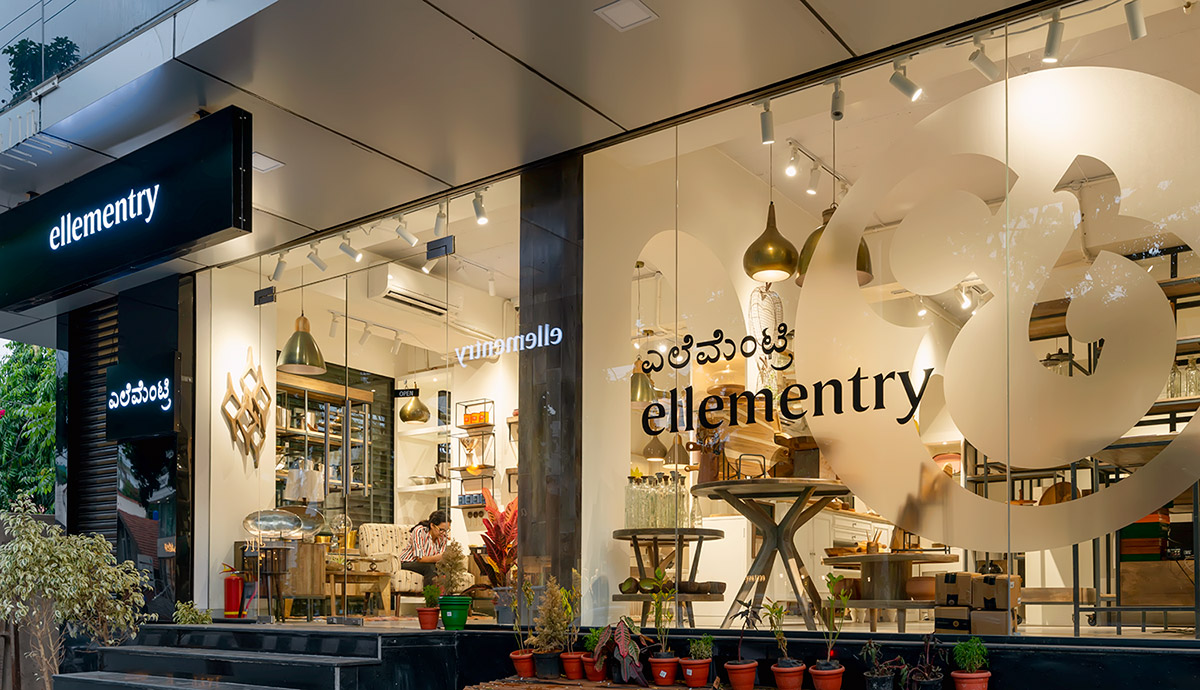 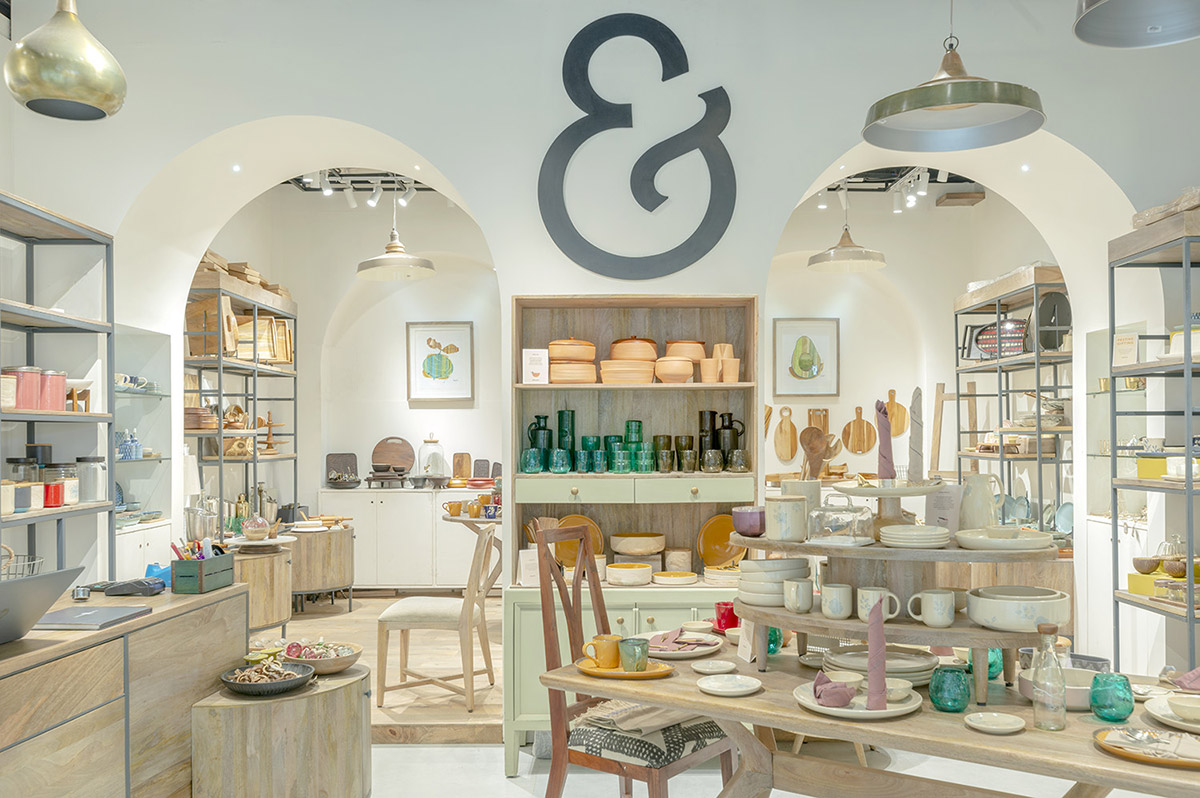 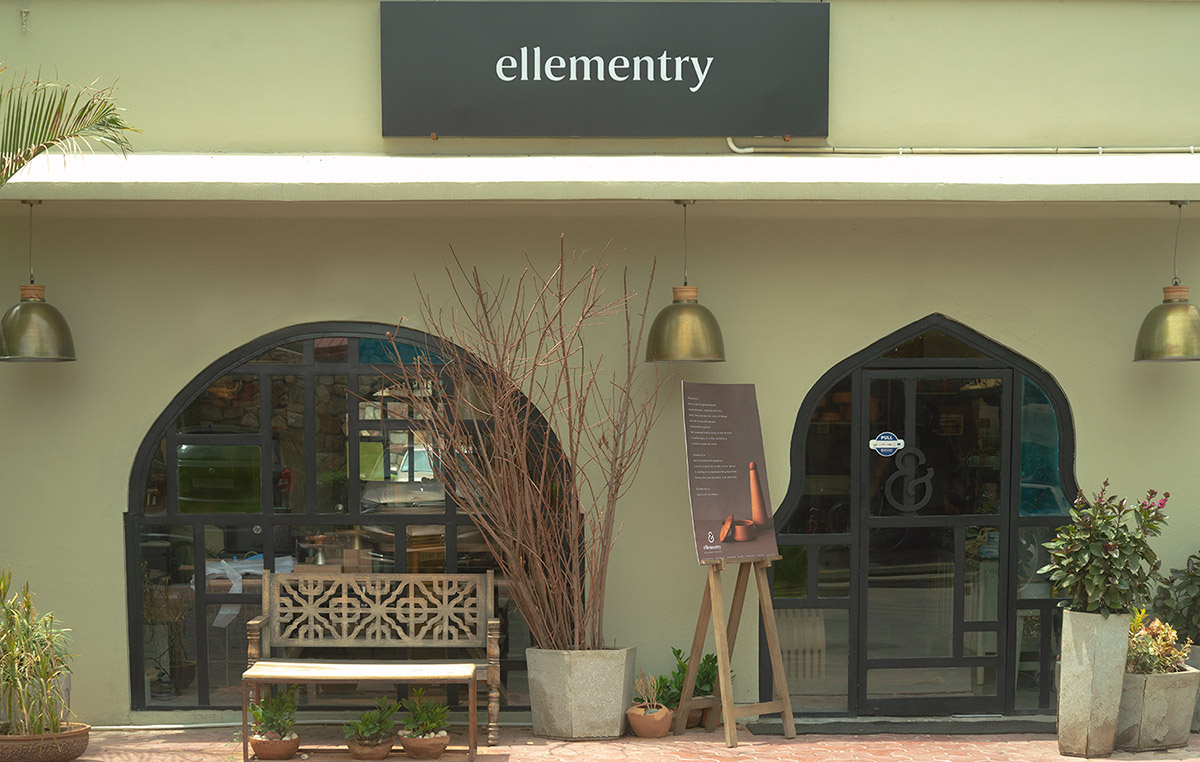 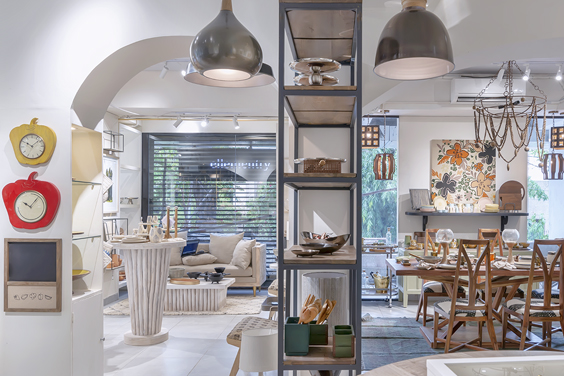 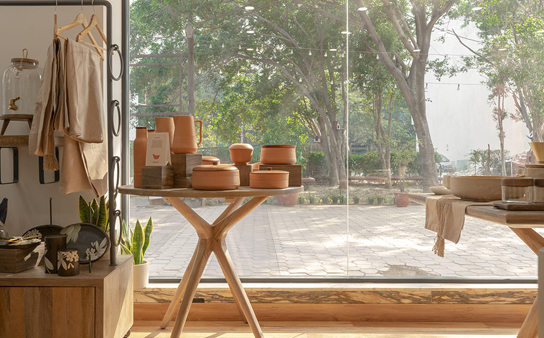 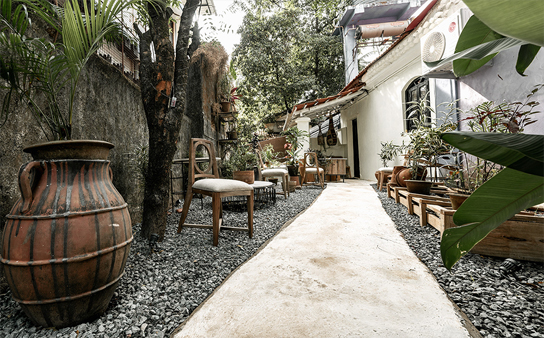 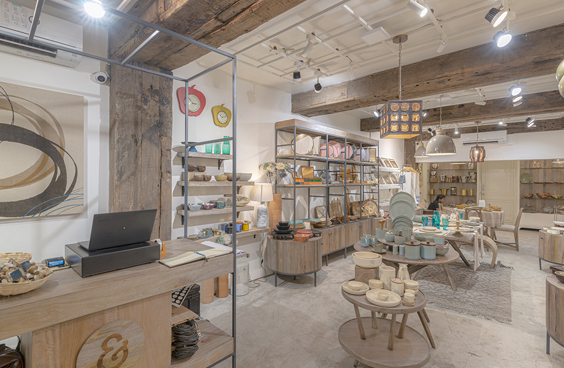 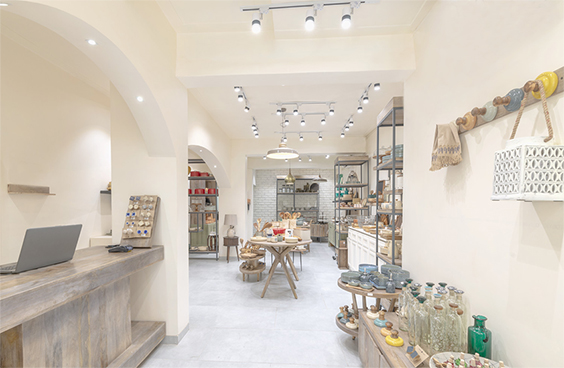 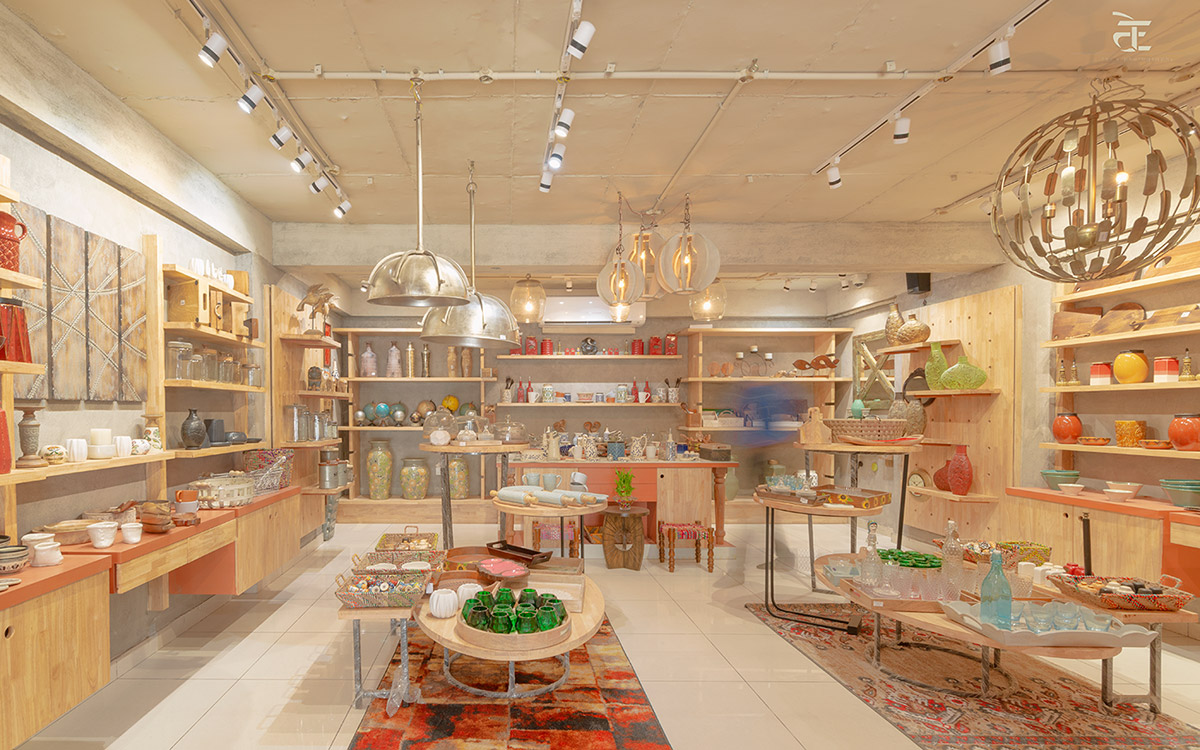 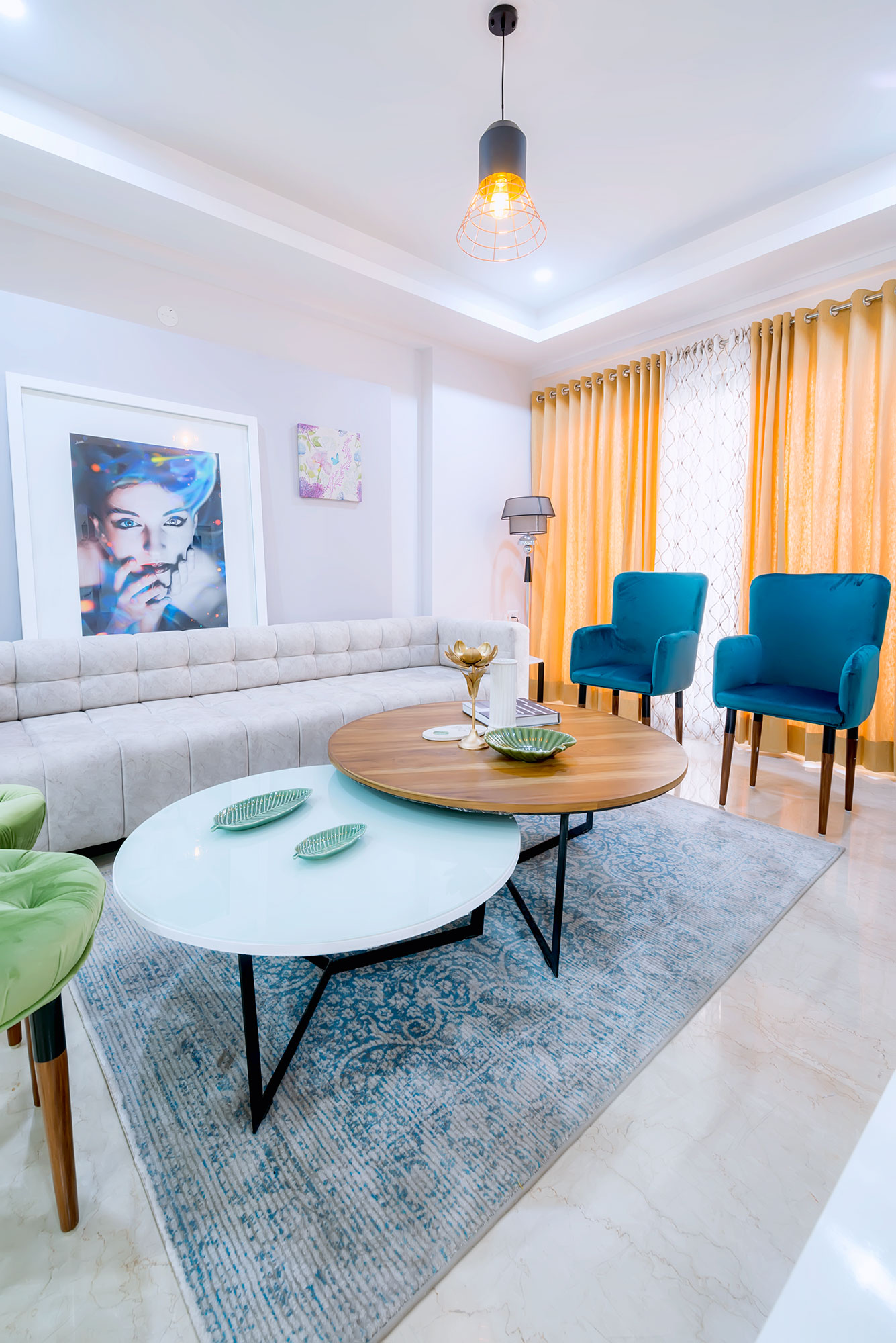 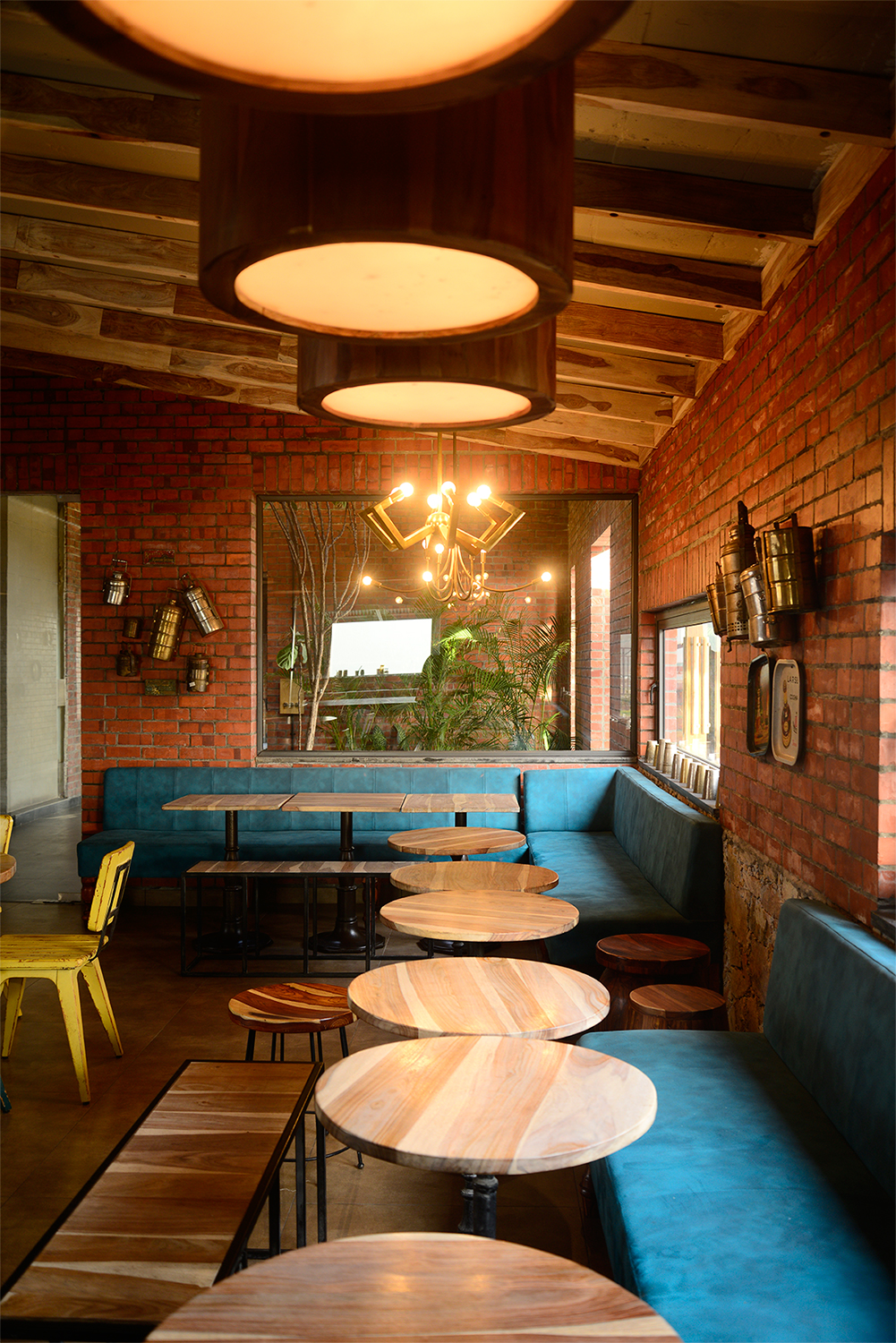 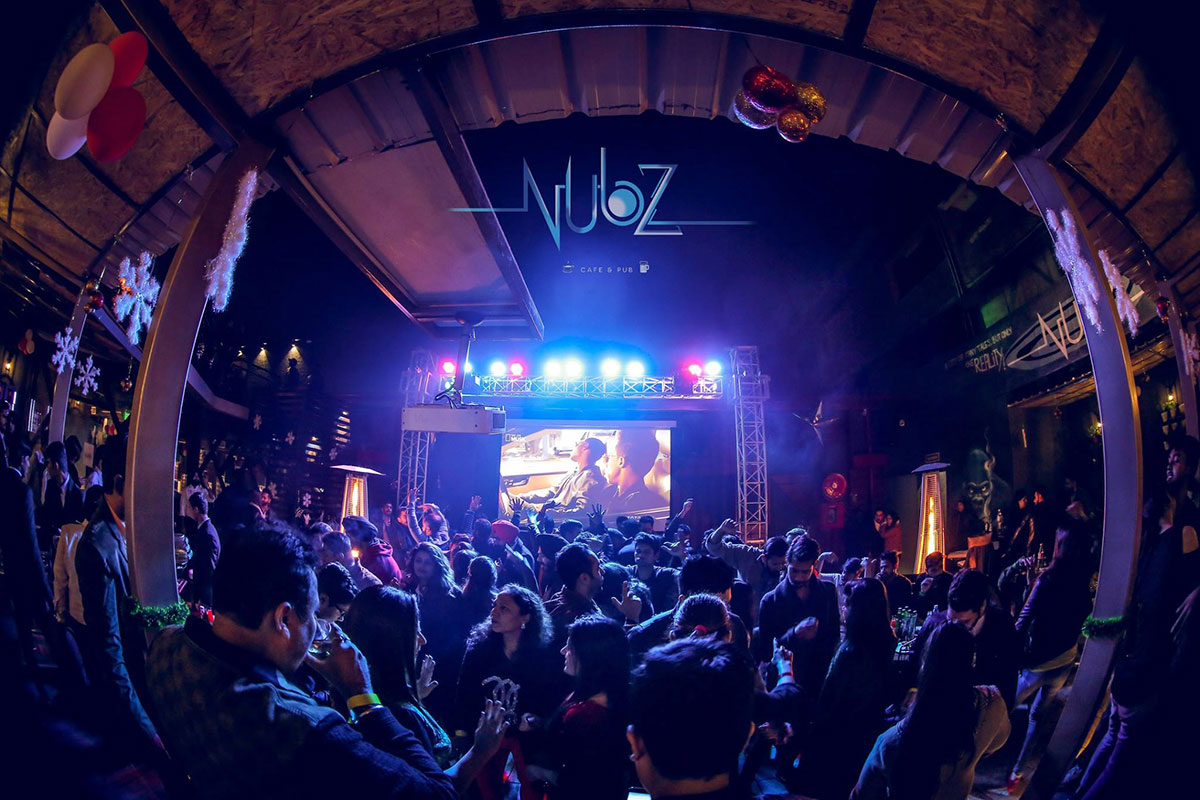 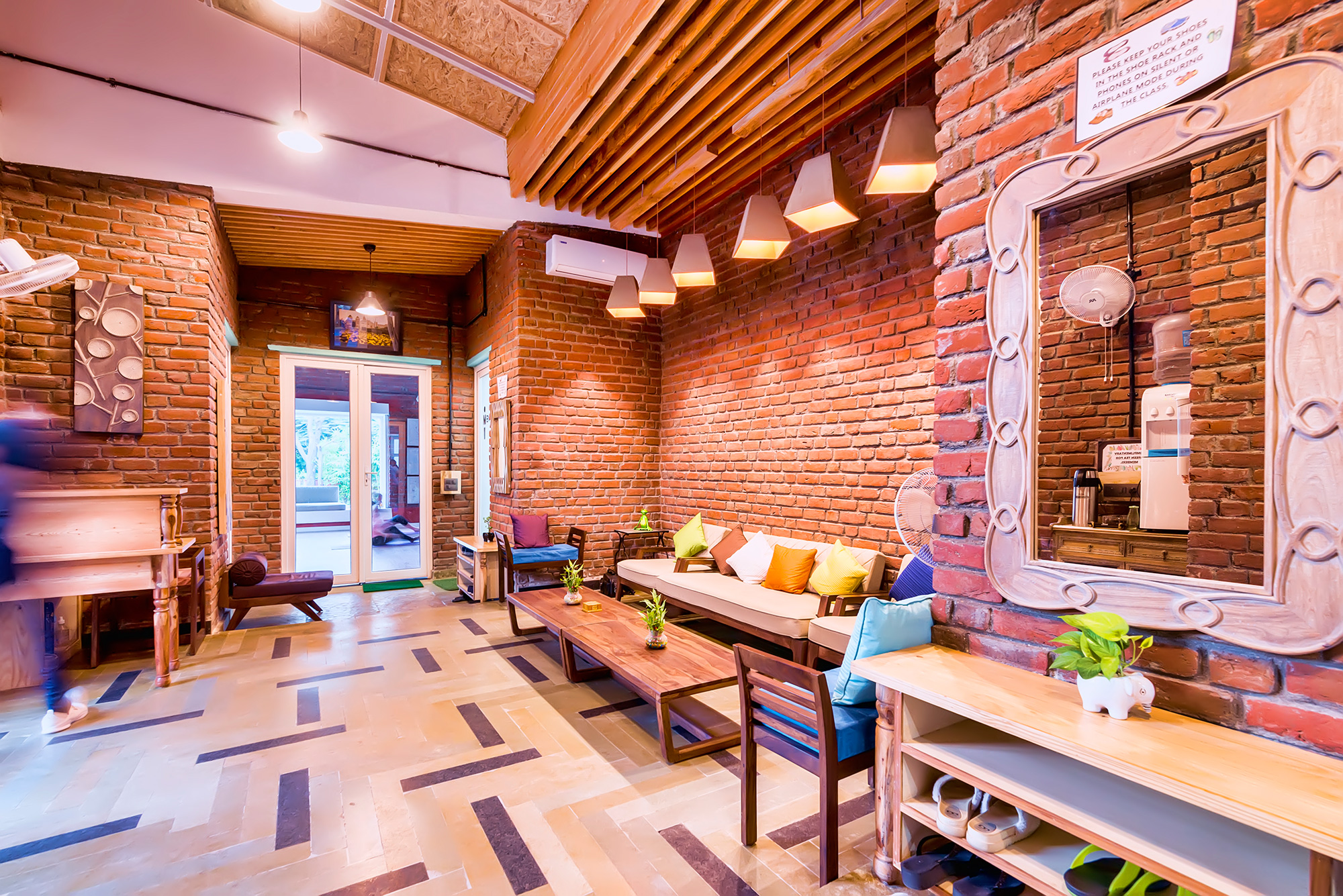